In the run up to May’s next meaningless ‘meaningful’ vote, that is already looking increasingly unlikely to happen, Bollocks2Brexit will be exploring the main underlying issues that have led us to this point.

If you have any understanding of he English language and the nature of humankind you would know that almost every word we use can have different meanings to different people. So many of the words we use are subjective and can be interpreted in many different ways by individuals based on their experiences and thinking. Take the word ‘home’ for example. To me that means a few different things depending on context and if I asked you it might mean similar things to you but also it could mean something vastly different.

During the referendum Brexit was defined as ‘the sunlit uplands’, ‘the choice of a lifetime’ and the ‘land of milk and honey by Brexiteers and since the vote result came in it has been described in an almost infinite number of ways by every pundit and citizen in the land. A quick glance at international press will highlight a more unified consideration of what it means but still there are so many interpretations of the disaster about to hit us square in the face.

Brexit means Brexit. Red, white and blue Brexit. Hard Brexit. Soft Brexit. Green Brexit. Total Brexit. LEXIT. And on and on and on.

Some people voted for a combination of the above but what no one voted for, in significant numbers, was the same version of Brexit. In the same way that ‘home’ can mean so very many things Brexit has never meant Brexit because no one knows or agrees exactly just what that is.

Yet, we are told that failing to get behind May’s ‘deal’ is an attempt to thwart the ‘Will of the People’ thus defining her version as the one 17.4 million people voted for. Even Farage, Mogg and Johnson have praised the EEF alignment with the Single Market on occasion which is also known as the Norway model. How many of the 17.4 million Brexit voters cast their vote for that particular structure?

We then here from the ERG that anything other than a ‘hard Brexit’ is a Brexit in Name Only (BRINO). But a hard Brexit still means different things to different people.

For May to suggest that her Brexit is what the public voted for (by a narrow margin) is disingenuous at best and dangerous at worst.

Clashing of the ideologies have led us to the point where Brexit as a concept is more confusing than ever.

And that’s before we add in those who have changed their mind on the whole thing, those who now understand the significance of this move, those who are better informed and those who now realise that the sunny uplands they voted for are actually a devastated wasteland of epic proportions.

Perhaps the only reason for voting Brexit that might be real is that the queues in Disneyland Paris will be shorter as fewer Brits will be able to afford to visit.

And we’ll not mention a recent poll that showed over 20% of people think that No Deal means things stay as they are!

The only thing Brexit means is ‘disaster’ so the only decent option is to stop it. You can interpret ‘disaster’ in so many different ways as we have discussed above but one thing is true in anyone’s definition- it is not a good thing! 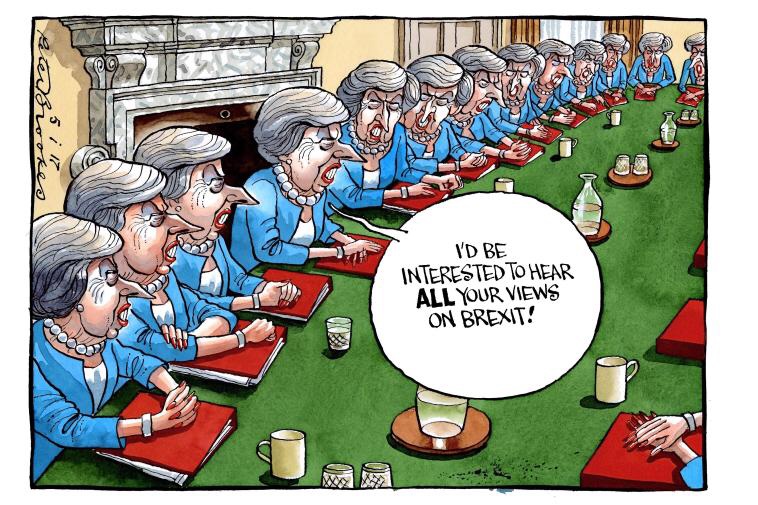 Published by My middle name is legally Chewbacca

Dad of three lovely, wilful kids and husband to the most understanding wife on the planet. I am a committed socialist who will do anything to secure a better future for all of our children. Brexit scares the shit out of me! You might be able to tell that from my posts but I thought I'd mention it anyway. My kids deserve better. I am a teacher (of 20 years) and also work at University where my specialisms are Special Educational Needs and Disabilities, Teacher Training and Leadership. My jobs require me to understand humans, care about them and not accept anything at face value. Brexit does not pass any critical scrutiny and that is why I am doing all I can to spread that message and reverse the process. View all posts by My middle name is legally Chewbacca